Here I am going to look into the Contact Notes and writings by Billy to try and find out what Creation is. There is no writings from Earth sources about Creation so this page is purely from the information in the Billy Meier case. The teaching of Creation and the teaching of the Spirit is one of the most important parts of Billy's mission and why the Plejaren are here. Here also im going to look into our Planet and any information I can find about how it was formed and any facts on the age.

Ok, first off here we have an excerpt of an English translation from a book Billy wrote called "Stimme der Wassermannzeit". Creation is a mystery and is formed into a double helix configuration (See Fig 1). Creation is the power of life and existence. From this we can understand that without Creation nothing exists and that Creation through its Universal Consciousness maintains all life and everything is oneness with the Creation. 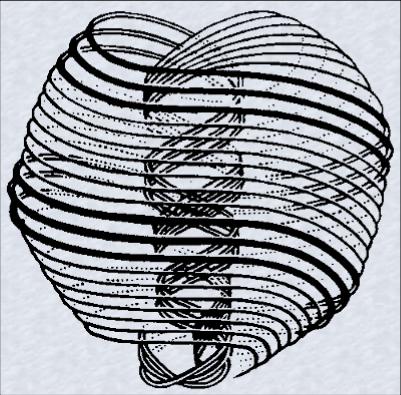 Fig 1. Shows the 2 parallel Universes. One of the Helixes is our Universe, the DERN Universe and the other Helix is the DAL Universe. Both Helixes are part of the one (same) Creation.

English translation of "FIGU Bulletin 005" can be found HERE

Billy is asked a question and part of his answer here explains much knowledge. From the answer here I am going to summarize. In the Helix (Helixes) of Creation there are 7 Belts (see Fig 2). We exist in what is known as the Material Belt. Our Universe is the Material Belt, the only one of these 7 Belts that contain course matter, solid matter (Material). Of these other 6 Belts of Creation we as Humans cannot move, explore into them, there is no course matter (Material), just fine matter or spiritual energy. Our Universe is about 46 trillion years old but there is no material matter that exists of that age in the Universe. The Universe is continually "Recycling" so to speak and Planets, Stars etc are dying and being born.

Here is the last part of the answer from Billy to the question "What is the Universal Material Belt?". Billy's answer here speaks for itself and I cannot really summarize this answer but to try and get a better understanding from this information I will try and summarize the 7 Belts of Creation from my own understanding.

Fig 2. More information on the 7 Belts of Creation, can be found HERE

English translation of "Contact Report 228" can be found HERE

Billy is talking to Quetzal and is explaining about the errors of our scientist that they have no idea about the Creation or that it has a double helix form and also no idea about the other 6 Belts of Creation. Here Billy explains that our Universe is expanding and at a age of 155,500,000,000,000 will contract. Also mentioned here that the material in the Universe is always renewed so there fore always stays young.

Knowing that the Universe is always renewing, here we can understand that the oldest material the Plejaren have found is about 40,000,000,000 years old. The last time our Universe underwent this process of transformation and renewal was 17,000,000,000 years ago in the inner part of the outer regions of our Universe. From us here on Earth that is 14,000,000,000 light years away.

So here Quetzal explains that the gravity of the Material Universe has something to do with the formation of new Stars, Planets and this mass becomes hot.

From the information here we get the understanding that our Material Universe does not only contain material but pure energies, fine matter or spiritual energy. One of these energies is Black Energy. This Black Energy is responsible for a form of anti gravity. Also Black Energy has something to do with directing the visible matter.

English translation of "Contact Report 238" can be found HERE

From "Contact Report 238" Billy is talking to Ptaah about the age of Earth. From the information here we can understand that the Earth is 646,000,000,000 years old, at that time it was as gas, molecules etc. Over a course of time these eventually formed 46,000,000,000 years ago into the Earth form. It was 5,000,000,000 years before the Earth became hard and then slowly life began to form. As we can see the process of a forming Planet takes many millions of years before it can harbor any form of life. Given that Creation is still expanding then the comprehension of the knowledge and power of Creation starts to become clear. We Humans judge everything in relation to time. So by judging or trying to understand how old the Universe is and how long things take to form and grown we really honestly cannot comprehend fully, at this time of our evolvement, the concepts and workings of Creation and how it really forms the material in the Universe.

From the information here from Ptaah we get that our Galaxy is 810,000,000,000 years old and that our Solar system (SOL system) exists on the outer part of our Galaxy and is one of the oldest in the Galaxy.

To summarize the information here on dates of our Universe and Earth, based on the facts here and my own understanding.

Here from the information from Billy's writings and from Quetzal and Ptaah we can have an understanding from the facts. Creation is the creator of the Universe because Creation is the Universe. Without Creation there is no Universe or life, nothing would exist. Our Creation is one of a double helix form. 2 parallel helixes both containing 7 Belts. Our Material Belt is our Universe, the DERN Universe and the Material Belt of the parallel helix to our helix is the DAL Universe.

In the information it never says that we must worship Creation or create religions based on Creation. Also we can see that there are no religious writings on Earth that mention Creation

As Billy Meier said "Glory be to Creation"

Here is a look into the evolution of Creation. I am going to look into how the Creation evolves and what it evolves into. The information will be purely from the Billy Meier case and FIGU as there is no knowledge of this in Earth writings. Please see page "Whats The Creation" before reading this page to get a better idea what Creation is.

From the facts here we can start to understand the life cycle of Creation. Our Creation is created from a Ur Creation. Our Universe (Material Belt) is the lowest form of spiritual energy and after this very first stage of evolution, after the sleep period, there will be no more Material Belts created by Creation. Each evolution cycle the spiritual energy becomes finer and finer and each evolution is 7 times as long as the previous one.

OK, to try and understand this information here. Our Universe is in the first stage of the Creation cycle. We are 1/7 through the first stage of this cycle. At the end of this cycle the Creation will have collapsed and become one "ball" so to speak of pure spiritual energy in which Creation stops creating, the sleep period. This first evolution cycle consists of 311,040,000,000,000 years of awake and 311,040,000,000,000 years of sleep.

At the end of the seven awake and sleep cycles, 85,384,834,560,000,000,000 years our Creation becomes a Ur Creation and then starts to create more Creations that start off like our Creation with a material Belt. These newly created creations all go through the same life cycle as our own Creation is doing now. So we can understand that our Creation is still very very young and it to has much learning and evolving to do.

Our Creation has 2 helixes (Parallel Universes, DERN and DAL). From my own understanding the Ur Creation can have the idea to create Creations which contain more or less helixes. So a Ur Creation may have a idea to create a Creation that has 14 helixes for example.

Full Article "Interview with Billy (1998)" can be found HERE

From a interview with Billy in 1998 we are given information on the life cycles of creational forms. Here Billy explains that our Creation we live in was produced by a big bang by a highly compressed flea sized ball of purely spiritual energy. This flea sized ball of purely spiritual energy was created from a Ur Creation, the next stage of evolution to a creational Creation (our Creation). Then from the Ur Creation the next life cycle of evolution the Ur Creation evolves into a Creatural Creation or Central Universe. From this Central Creation after it has evolved more then merges with the Absolute Absolutum. Therefore from the information here the 3 stages of evolution of a Creation up till the mergence with the Absolute Absolutum is, Creational Creation to Ur Creation to Central Creation.

Here is a very small part of a question Billy was asked. From my own understanding of this I assume that there is 10 to the 49th power (10 and then 49 zeros) Creations in the Absolute Absolutum.

Once the Ur Creation has evolved (assuming the seven cycles of evolution) it then becomes a Central Creation. From this Central Creation then evolves and merges as part of the Absolute Absolutum. All this evolving means that the Creation is growing and learning. When it starts off as a idea it starts to learn. It perfects itself by creating and learning. There is no knowledge about the Absolutum evolution cycles except that it contains very very fine spiritual energy. As we have seen here the more a Creation evolves the finer the spiritual energy becomes. Michael Horn (USA Media Representative for the Billy Meier case) has asked Billy Meier about the Absolute Absolutum and Billy has said that it contains very fine spiritual energy and no more knowledge is known, but if there was more knowledge then we as Humans would not be able to comprehend the knowledge with our Human thinking.